East Med and the Trilateral Partnership 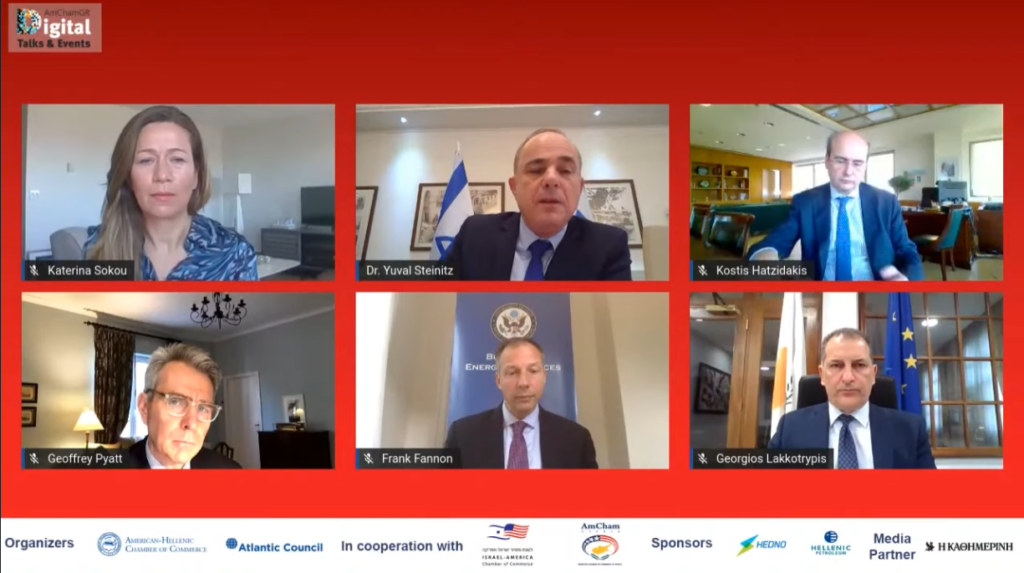 The digital discussion titled “East Med, the trilateral partnership (Greece-Israel-Cyprus) and their role in regional energy security and economic cooperation in the age of COVID-19  and beyond” which was held on June 2, 2020, was a resounding success that stood out for the breadth and depth of the discussion into key energy and geopolitical issues.

The discussion highlighted the potential and viability of the East Med pipeline as a project that will contribute to Europe’s energy security and also underlined the close cooperation between the United States and the three countries, the potential for joint projects, and a number of economic sectors that will be included in a common framework of action.

AmCham Greece President Nikolaos Bakatselos said: “The American-Hellenic Chamber of Commerce consistently demonstrates the reflexes necessary for showcasing and discussing crucial issues related to the prospects and potential of the Greek economy. At this very important juncture, the coming together of four ministers as well as key players in the U.S. political scene highlights the Chamber’s essentially interventionist role in shaping a comprehensive overview of a geopolitical issue of paramount importance to the country’s vital interests.”

On behalf of the Atlantic Council, Head of the Future Europe Initiative Ben Haddad welcomed the audience and spoke about the importance of transatlantic relations and the role of the Atlantic Council in strengthening cooperation between states. He also referred to the cooperation with the American-Hellenic Chamber of Commerce and to the signed cooperation agreement to conduct joint studies and activities that will contribute to highlighting the significance and wider prospects of the SE Mediterranean energy market.

The Greek Minister of Environment and Energy, Kostis Hatzidakis, stressed that Greece is determined to move forward with the signed cooperation agreements. Specifically, regarding East Med, he said: “A few months ago, Mr. Erdogan made a provocative statement that the three countries (Greece, Cyprus, Israel) have no right to sign the agreement on the East Med pipeline. We signed the agreement because we believe that this pipeline is not directed against any country but serves the interests of all three countries. It is a project of cooperation and peace;” he continued to add that, “We are working to improve the relations with our neighbors. At the same time, we are defending national integrity and pride, as well as the interests of our country.”

The Cypriot Minister of Energy, Trade, Industry and Tourism, George Lakkotrypis, said that Turkey’s behavior is nothing new, and he pointed to Turkey’s attempts to drill in the Exclusive Economic Zone (of Cyprus, in violation of international maritime law.

Israel’s Minister of Infrastructure, Energy and Water Resources, Dr. Yuval Steinitz, described the East Med pipeline as a sustainable and promising project that will contribute to Europe’s energy security, adding that he hopes to see more Mediterranean countries join the project down the line. Referring to the cooperation between the three countries, he pointed out that all three share several common elements, including their democratic regimes.

U.S. Assistant Secretary of Energy Francis Fannon called for an end to all provocative actions that could undermine investor confidence and political stability in SE Europe. He also said, “International maritime law recognizes that islands have EEZs and continental shelves like any other region. We do not comment on future actions that may or may not take place, but we encourage states to stop provocative actions, behaviors and statements,” adding that “Turkey is an important country and we want it to remain oriented towards the West.”

The U.S. Ambassador to Greece, Geoffrey R. Pyatt, spoke about ensuring Europe’s energy security and about U.S. investment in Greece. “We see Greece emerging as a major source of energy security in SE Europe with projects such as the Revythousa terminal, the TAP pipeline, the Greek-Bulgarian pipeline, and the floating LNG unit in Alexandroupoli,” he said. “Our cooperation with Greece, Israel and Cyprus brings together three democracies, three countries that enjoy a strong, dynamic relationship with the United States“.

Head of the Atlantic Council’s Energy Council, former Ambassador Richard Morningstar, discussed the prospects of exploiting energy reserves in the wider region, the importance of cooperation between the countries of the region, ensuring the energy independence of the European market, and the role that Turkey can and wishes to play in the future.

Next to speak were Mathios Rigas, CEO of Energean, Symeon Kassianidis, President of DEFA (Cygas-Cyprus Natural Gas Public Company) and President and CEO of Hyperion Systems Engineering Group, Bini Zomer, Director of Noble Energy in Israel, and Dimitris Manolis, Head of International Works and Activities and Deputy Director of Development at IGI POSEIDON, who all highlighted the business aspects of East Med and the regional economic cooperation.

The discussion ended with statements from the Presidents of the three AmChams—Nikolaos Bakatselos (AmCham Greece), Harris Kakkoulis (AmCham Cyprus), and Oded Rose (AmCham Israel)—who, based on the memorandum of cooperation signed between them, spoke about the potential for wider cooperation and for initiatives that will contribute to economic and business collaborations in more fields beyond energy. 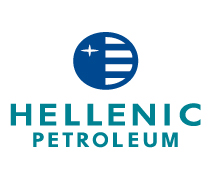 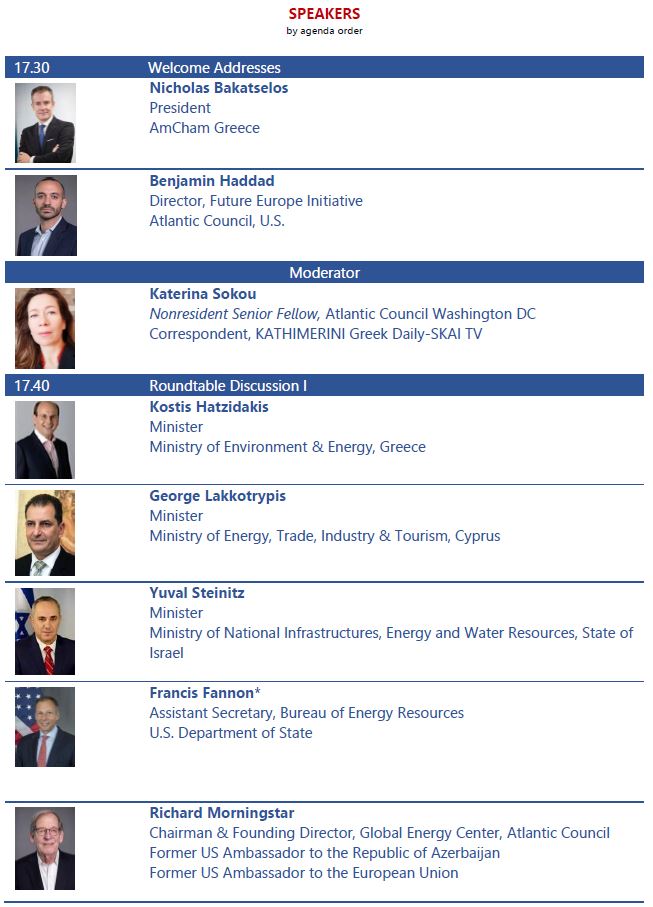 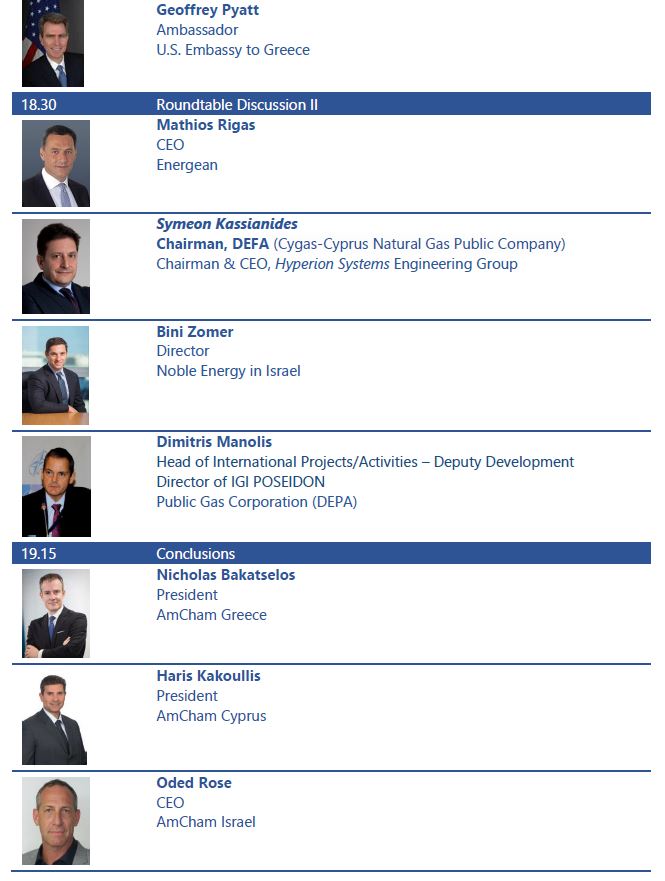 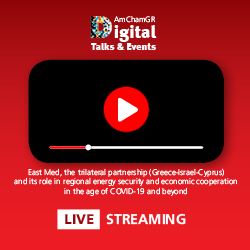