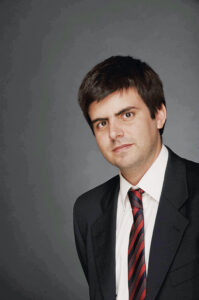 Not since Franklin Delano Roosevelt was inaugurated, in the midst of the Great Depression, has an incoming president had to deal with such a difficult situation as that facing Joe Biden.

With the daily death toll from Covid-19 climbing to over 4,000 people, the economy devastated by the pandemic and geopolitical challenges from China and Russia increasing, the soon to be 46th president will have to take on all these problems and more. However, at the basis of all these grave problems lies an-other one, the extremely polarizing poli-tics of the United States, with Republicans and Democrats not simply disagreeing on key issues but essentially living in different realities. Joe Biden will have to handle all these crises while almost half the country will likely consider him an illegitimate president, following the allegations of his defeated predecessor.

Federal coordination and assistance, as well as the moral leadership and example of the president, can certainly make a difference

In a political system built to function on the basis of com-promise, with strict separation of powers and different levels of government, it is difficult to see how any president can govern effectively under those circumstances. The pandemic response is, for the most part, an issue for state and local au-thorities, and we have already seen how much these vary. Nevertheless, federal coordi-nation and assistance, as well as the moral leadership and example of the president, can certainly make a difference.

The economic response will require coordination with a likely gridlocked Congress, although a more focused White House can help move such negotiations forward. It is, however, in the area of foreign policy and geopolitical challenges that the change of administration will be felt more immediately. A president has significantly more room to act there than in domestic affairs, and it is certain that the United States will seek a return to its traditional role of custodian of the post-World War II international order. Already, President Biden has announced that the U.S. will immediately rejoin the Paris climate accord, reengage constructively and strengthen ties with its NATO allies, and perhaps seek a rapprochement with Iran, in an effort to revive the agreement from which the Trump administration with-drew. It is also certain that it will seek to reinforce U.S. presence in international or-ganizations, such as the WTO, which the Trump administra-tion effectively sabotaged by refusing to fill in positions at the Tribunal, and the WHO, from which the U.S. also with-drew because of its response to the pandemic and the influence of China over it. Be that as it may, the Biden administration will find that it may not be possible to set the clock back four years, as it would likely prefer, in all those areas. Even more so, the continuing extreme polarization and gridlock back home will keep reminding every friend or foe of the U.S. that a change in administration may result in much more sudden and fundamental shifts in U.S. policy than anyone would have thought possible in the pre-Trump world.

FDR famously used his first 100 days to pass sweeping economic reforms to fight the Great Depression. President Biden may find out that his first 100 days in office may be worth devoting to try bringing a bitterly divided country together.