Propelled by infinite potential and the historic bonds between the United States and Greece, AmCham defined the economic development of Greece. 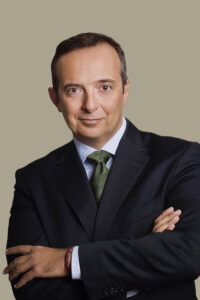 Following a path set over fifty years ago by a family that has long held esteem for and been deeply involved with US affairs, I had the unique privilege to grow up, study and build my career in the heart of US-Greek relations, next to a long line of United States Ambassadors, inspiring entrepreneurs and true trailblazers from the business community. Throughout this magnificent journey, the American-Hellenic Chamber of Commerce has always been and remains a key architect of endeavors that practically shaped our lives both economically and socially.

Back in 1932, when Franklin D. Roosevelt was becoming the 32nd President of the United States and the American-Hellenic Chamber of Commerce was being established, no one could have ever imagined the critical role the organization would go on to play throughout its 90 years of continuous impactful work through its members, policymaking initiatives and results-driven events.

Who can forget the commercial bridges AmCham established for Greek immigrants to the United States back in the 30’, its work during the Marshall Plan or the stormy oceans of crisis and change that it helped generations of businesspeople weather throughout these 90 years.

Who can forget the the Radio School—established by AmCham pioneer Karayannis & Co, perhaps the first STEM education program based on US technology—or the unbelievable work of the American academic institutions in Greece. The influence  of Coca-Cola or IBM typewriters , the iconic Mobil and ESSO gas stations and the multitude of US tech and consumer goods that still drive our everyday life. The image of Pan Am planes and the magic of air travel during the jet age that set the cornerstone for the 10 daily flights from the US that have taken our tourism industry to new heights. For 90 years the Chamber supported and empowered American business leaders to shape the economic development of Greece.

At the same time, it was the Chamber’s programs and events that literally introduced the power of networking and extroversion to the Greek business community. From the US Pavilion at Thessaloniki International Fair—always the center stage for everything new and inspiring—to game-changing events such as AmTech and the renowned Hour of the Greek Economy, AmCham quickly became and still remains not only a platform for political, business and academic leaders to come together and share insights and expertise but rather a launch-pad for solutions and ideas that allowed our members, and through them, Greece, to face and overcome monumental challenges while shaping new opportunities.

Today our Chamber carries that same torch lit by a group of true titans 90 years ago, with the same conviction and commitment, in a world overwhelmed by unprecedented crisis but at the same time, blessed by our immense capacity of exploring new areas for growth and prosperity. With 25 committees comprising the elite of US and Greek businesses and academia, empowered by a true dream-team of exceptional professionals in the Chamber’s offices in Athens and Thessaloniki and with a record number of issue-focused events and key publications, the American-Hellenic Chamber of Commerce is looking always forward, propelled by infinite potential and the historic bonds between the United States and Greece.

It is truly a remarkable period to be a member of the American Hellenic Chamber of Commerce.

Forward for the Family: A Eurobank Initiative to Address Demographic Decline
By Business Partners | Sept-Oct 2021
October 5, 2021
Go to Top