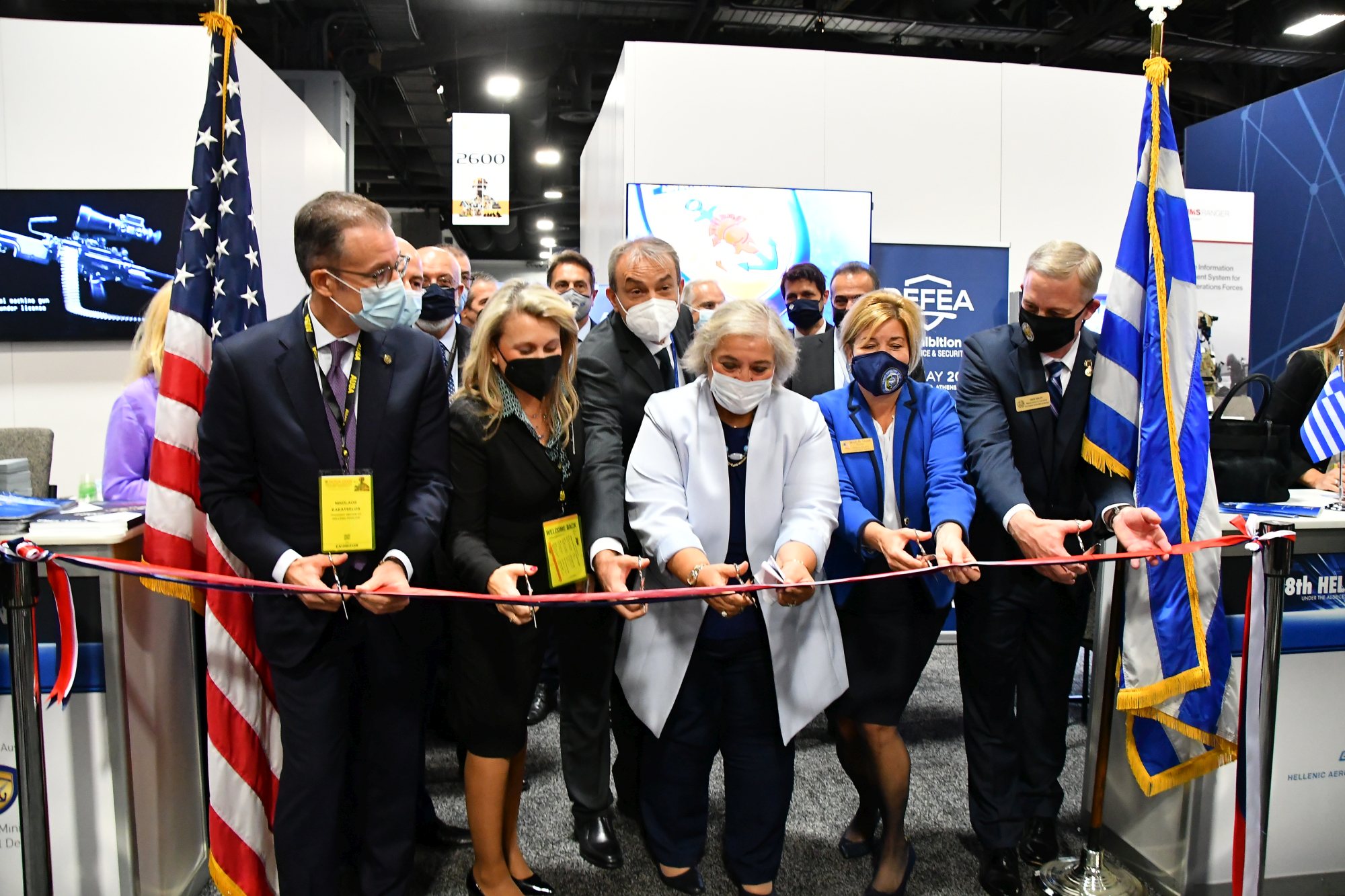 The Ribbon Cutting Ceremony of the Hellenic Pavilion at AUSA 2021—took place on Monday, October 11 at the Walter Washington Convention Center. The American-Hellenic Chamber of Commerce is organizing the Hellenic Pavilion since 2014 to support Greece’s defense industry in its extroversional efforts. It is organized under the auspices of the Ministry of National Defense and the General Directorate for Defense Investments and Armaments and with the support of Enterprise Greece.

Held every October in Washington, D.C., AUSA is the largest land warfare exposition forum in North America and a vital event for the defense industry. The three-day event brings together highlevel representatives from the global defense community and attracts over 28,000 attendees, including senior officials from the Department of Defence, members of Congress, industry leaders and foreign dignitaries. For the Greek defense companies, AUSA is not only an exceptional opportunity to meet potential clients and strategic partners, but also a great opportunity for them to build their international brands and showcase their offerings alongside the Atlantic searching for industrial co-operation, co-production, joint ventures, and high-tech transfers while at their same time they boost their credibility amongst key stakeholders.