The policy reports issued after the Covid-19 outbreak were dedicated to emergency tax policy and tax administration responses to support of individual taxpayers and businesses. The measures included:
– The temporary provision of welfare payments and income support, including through benefits financed by the tax system;
– The extension of deadlines and the deferral of payments for personal and corporate income taxes, VAT, customs, excise duties, social security;
– The remittance of penalties and interest;
– The easier access to debt payment plans and suspension of debt recovery;
– The simplification of procedures for refunds;
– The adjustment of advance tax payments
– The increase of time on loss-carry forward provisions
Aikaterini Savvaidou | Ass. Prof. at Aristotle University, Jean Monnet Chair holder, Former Secretary

The impact of Covid-19 makes it more important to achieve a solution since:
-Economies are more vulnerable to trade and tax conflicts in the event of no consensus
-Fiscal challenges facing governments strengthen the need to support tax revenues
-There is a reduced tolerance for tax avoidance
-Changes to the economy during lockdowns mean it is even more important to address tax challenges of digitalization
Pierce O’Reilly | Tax Economist, OECD – OCDE

The DAC6 has introduced new Mandatory Disclosure Rules for Intermediaries and, in certain times, Taxpayers who are obliged to disclose reportable cross-border arrangements to the Tax Authorities. Although the local implementation has not been completed yet for all EU Member States, the new rules have entered into force since July 1st, 2020 with a retroactive effect as of June 25, 2018. Due to the Covid-19 and the practical difficulties caused, the Council of the EU decided for an optional deferral of the reporting deadlines for up to 6 months. It rests to the EU Member States to make a choice whether to opt for a deferral or not.
Elli Ampatzi | Lawyer/Manager, C. Papacostopoulos & Associates, Law Firm (CPA Law)-member of KPMG network

In the context of the particularly adverse implications of the Covid 19 pandemic and challenges resulting from the digitalization of the economies, Countries and relevant International Organizations and Institutions, such as the EU Commission, OECD, U.N. etc., have focused their interest to relevant priorities for action. Their attention and energy have been concentrated on the search for budgetary measures, emergency policies and aid rules, to address effectively the negative economic and social disruptions, but with adequate flexibly. Seeking at the same time, open opportunities for moving decisively to sustainable and inclusive growth, while addressing the unavoidable growing uncertainty, a factor contributing to the weakening of economies. Apart from strategic measures and policies aimed to reduce the loss effects to the enterprise and the productive potential, care is taken to support vulnerable control institutions, such as the regulatory framework, over cross border transactions.
Stavros Kostas | Tax Committee Chairman, American-Hellenic Chamber of Commerce

States and governments are called to respond to a series of challenges and at the same time to keep their finances balanced. To expand their fiscal space without applying more taxes, it is almost mandatory that they need to address tax evasion and tax avoidance including illicit financial flows. Just very recently the OECD announced a cooperation of nearly a hundred countries running an automatic exchange of information in 2019 enabling their tax authorities to obtain data on 84 million financial accounts covering total assets of 10 trillion euros. It’s easy to imagine how many needs countries can address by applying a fair tax to these assets.
Elias Spirtounias | Executive Director, American-Hellenic Chamber of Commerce

Stavros Kostas, Alumni of the American Athens College, holds a Bachelors Degree in Mathematics from the Athens University, coupled with a B.Sc. Degree in Economics from the Economic University of Athens. After a long successful career, has retired from Procter & Gamble, from the post of Executive Director Finance and Taxation, in the Western Europe Tax Administration, of Procter & Gamble, in Brussels. He combines a long – lasting and specialized experience in the sectors of modern Finance and Taxation organization, Corporate Taxation and Accounting Principles, with specialization in Taxation issuers, relevant to cross boarder intercompany transactions (Transfer Pricing). He is member of the Greek Branch of the International Fiscal Association (IFA), member also of the Greek Economic Chamber (A’ Class Accounting and Taxation License). He is well known from his taxation syllabus articles, in the newspaper NAFTEMPORIKI and the AMCHAM bimonthly magazine – BUSINESS PARTNERS, with participation in important public Forums of top interest taxation subjects. As of 2004, Stavros Kostas has been attested Chairman of the American-Hellenic Chamber of Commerce Taxation Committee, in the mandate of which, falls the organization of the American-Hellenic Chamber of Commerce Tax Forum, taking place annually in Athens and Thessaloniki.

She has been a scholar of Academy of Paris (Rectorat de Paris), University of Paris II, Assas, Harvard University, the European Community, and Kapodistrian University of Athens (project “Pythagoras: Reinforcement of research teams in universities”, which is co-funded by the Operational Program for Education and Initial Vocational Training and the European Social Fund) and Michael Stasinopoulos Foundation.

Apart from the A.U.Th, where she is an Assistant Professor and has been teaching since 2010, she has also been a member of the teaching staff of the National School of Public Administration and National School of Local Administration (2010-2014), a Lecturer of National School of Justice (2013-2014) and a Scientific Associate of article 5 of p.d.407/1980 at the Law School of the Kapodistrian University of Athens, Greece, Tax Law (2007-2010). Moreover, she is an external associate at the Faculty of Economic Sciences of the University of Macedonia (Interinstitutional Postgraduate Program “Law and Finance – Government Policy”) and at the Department of Economic Studies of AUTh. She is also giving lectures to other universities, such as the Economic University of Economics and Business, the Technological Educational Institute of Epirus etc.

She has been the Secretaire General of Public Revenue, Ministry of Finance, Greece (2014-2015), i.e. the Head of the Greek tax administration, as well as a Member of the Supervisory Body of the Secretariat General of Public Revenue, Ministry of Finance (2013-2014). She has also been a Special Legal Advisor at the Ministry of Finance (2007-2009) and a Special Associate at the Inspectors – Controllers Body for Public Administration (2005-2006), where she dealt with issues of tax crime, tax transparency and inspection of tax officials, among others. Furthermore, she has extensive experience in the private sector, given that she has worked as Senior Manager at PwC Greece, where she was also the Knowledge Manager of the company and at Arthur Andersen Greece.

Moreover, she has been certified and accredited with the Tax Administration Diagnostic Assessment Tool – Training for Assessors (SPOC) as well as the Advanced Diploma in International Taxation (ADIT) of the UK’s Charted Institute of Taxation, while also being a basic member of the negotiating team with the EU Institutions, in the context of the memoranda signed by Greece. She is also a Member of the catalogue of independent personalities participating in the Consulting Committee of articles 7 and 8 of L.2216/1994 with regard to the application of the Agreement 90/436/EC for the abolition of double taxation in case of reconsideration of profits between connected enterprises of contracting member states.

She has published extensively on European tax law and recently (2017) a monograph on fiscal and tax transparency. She has also published various articles on the Greek GAAR against tax abuse and circumvention of tax provisions in light of the recent EU and international developments in fighting tax avoidance as well as on the issue of statute of limitation in case of tax avoidance in the field of VAT in view of the recent CJEU case law as well as the requirement of effective protection of financial interests within the EU (ECJ C-105/14 Taricco and others)» and the issue of tackling tax evasion and avoidance, referring to the new strategy focusing on tackling VAT losses (Business Partners, March – April 2015) among others. Further to the above, she has extensive publications on the issue of interrelation between taxation and economic growth and, more specifically the role of taxation in economic growth of countries, the composition of fiscal adjustment measures as a key factor in long-term fiscal sustainability as well as challenges of the contemporary tax administrations.

Pierce O’Reilly is a tax economist in the OECD’s Centre for Tax Policy and Administration. His work focuses on personal and corporate income tax and international tax issues. Pierce holds a Ph.D. from Columbia University in New York.

Elli joined CPA Law in 2017. She is a Lawyer/Manager in our Firm, specialized in European and Public law, especially in administrative and tax law.

She is member of the Athens Bar Association and practices law before the Supreme Courts of all jurisdictions. She has extensive experience in litigation services as well as in dispute resolution of pre-litigation procedures. She has significant experience in tax and international tax law and she is engaged in tax litigation and advisory services (income tax, tax audits, Double Tax Treaties, tax evasion and tax avoidance, administrative and court appeals, etc.).

She has also a wide experience in specialized issues, such as the exchange of information and administrative cooperation in the field of taxation (spontaneous exchange, exchange of information on request, automatic exchange of financial accounts, mandatory disclosure rules for reportable cross-border arrangements), the compliance with the regulatory framework of Anti-Money Laundering/Financing Terrorism (due diligence, administrative penalties, audits by the Greek Financial Intelligence Unit and the supervisory Competent Authorities) as well as the transparency on ultimate beneficial owners (identification, UBO Registers, tax implications).

She is also specialized in Public and Administrative Law and she is engaged in litigation and advisory services to individuals and legal entities. During her professional experience, she has represented a multitude of individuals and legal entities and has dealt with companies and entities of Public Sector. She has also served as Chairman of Appeals Committee of National Cadastre & Mapping Agency S.A. 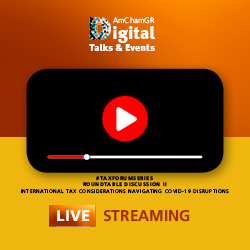 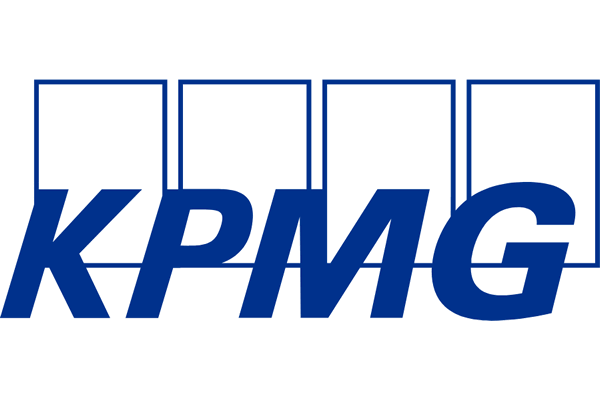