Throwing Out the Playbook: How the Push for Digital Tax Consensus Could Upend Transfer Pricing as We Know It
By Sotiris Giousios, Senior Tax Partner at Grant Thornton Greece | Business Partners, Jan-Feb 2020 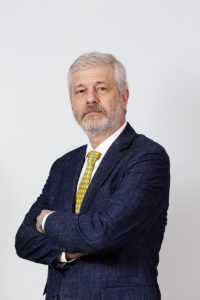 Sotiris Giousios, Senior Tax Partner at Grant Thornton Greece, discusses how the OECD’s Program of Work to Develop a Consensus Solution to the Tax Challenges Arising from the Digitalization of the Economy (BEPS Action Plan One) could transform taxation for MNEs as we know it.

The G20 has endorsed the OECD’s BEPS Action Plan One and is committed to working toward a consensus-based long term solution by the end of 2020. What do you think is the greatest danger in this effort?

While global consensus is clearly preferable to the current fragmented approach to taxing digitally-derived revenue, the OECD’s search for a solution could end up heightening the risk of double taxation for all businesses rather than just big tech giants. And under the reallocation of profits and minimum tax proposals that have emerged following a recent round of consultations, the arm’s length principle that has governed transfer pricing for decades could become obsolete, with all the upheaval that would result.

So, what is being proposed within the OECD’s work program?

The OECD and certain European jurisdictions have floated various ideas for dealing with profit allocation. The starting premise is that group profit should be reallocated to “market jurisdictions” based on a wider definition of a business presence nexus, which will have a lower threshold than the current physical presence requirement. There are three alternatives:

MRPS: This is closest to traditional transfer pricing principles, but like the other options, it seeks to allocate a portion of a multinational enterprise’s (MNE) income to market jurisdictions.

Fractional apportionment: Rather than looking at whether profit is routine or not, the allocation would be based on a formula that considers pre-set profit allocation keys. These allocation keys could consider the number of employees, assets, sales, users or other relevant criteria such as advertising.

Distribution-based: Drawing on ideas put forward during the recent consultations, the allocation of income to the market jurisdiction would be based on the level of marketing activity, distribution and user-related activities (e.g. giving a return to the market jurisdiction of a fixed percentage of sale). This would most probably need to take account of other levers, such as the overall level of profitability.

What is the OECD’s aim?

The OECD seeks to compensate for diversion of taxable income from high to low tax jurisdictions by imposing a minimum tax. Its program of work outlines significant changes to the taxation of controlled foreign corporation (CFC) income, which will effectively result in a minimum tax and reduce the level of tax competition between jurisdictions. There are two components to the proposal: a minimum tax and a base erosion payment measure.

What we have to be careful?

The OECD’s program of work marks an important milestone in international tax reform. While the focus is on digital business, measures such as minimum tax and reallocation of profits from where value is created to where it is consumed will have a profound impact on all MNEs. Ultimately, the OECD’s program of work is significant because of its wider consequences, unintended or otherwise. This includes the threat to the arm’s length principle, which, whilst sometimes complex and imperfect, has done the job that is needed. Without it, a whole new playbook for transfer pricing will be needed.