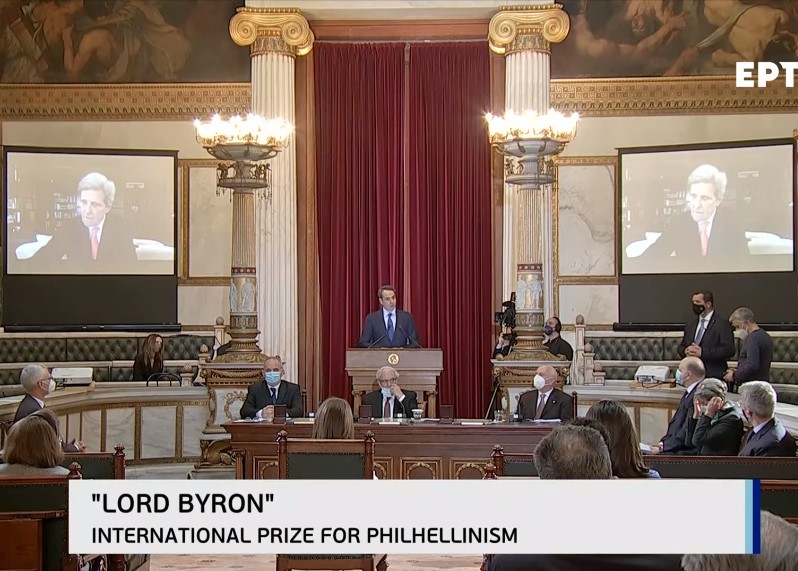 Greek Prime Minister Kyriakos Mitsotakis bestowed an award for philhellenism to former US Secretary of State John Kerry at the 2021 Lord Byron International Prize Award Ceremony on Wednesday. The ceremony was held at the Academy of Athens. The Lord Byron International Prize was given to three individuals who have either contributed a great deal to Greece or to society as a whole, inspired by the values of Hellenism.

This year the recipients of the prize were John Kerry, Jack Lang, and Charles Pictet. 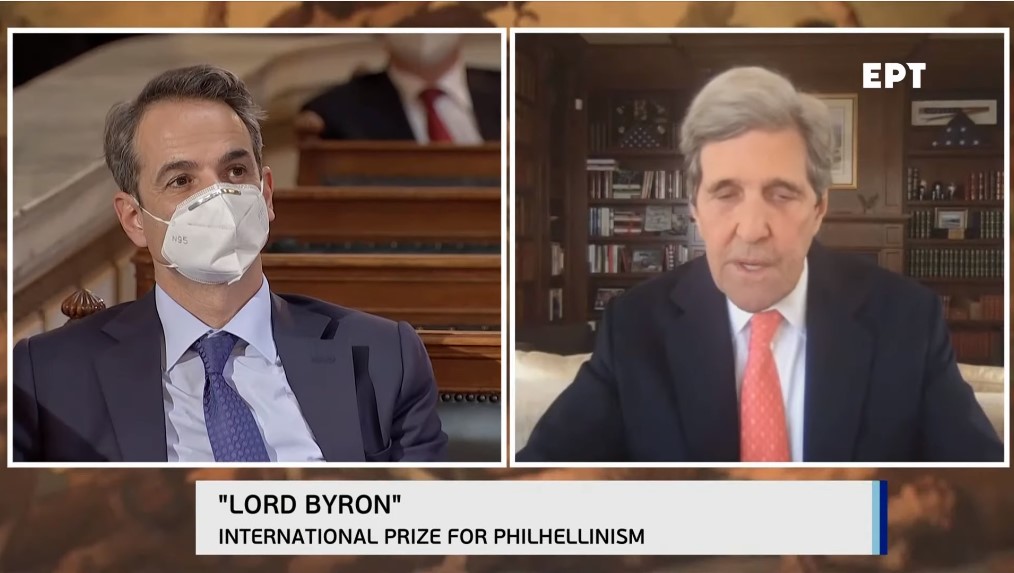 The Society for Hellenism and Philhellenism awards the prize every year to three important international figures from the political, cultural, academic or entrepreneurial world. The individuals must have a long-term record of Philhellenism or contribute to society with their actions and careers, inspired by the values of Hellenism. The three annual prize winners receive a silver medal, a diploma and a $10,000 grant donated in their name to a philhellenistic institution of their choosing.

Mitsotakis was responsible for presenting Kerry with the award, and spoke very highly of his current work as Special Envoy on Climate, saying “And in his new role on climate, I am confident that Mr. Kerry will bring energy, determination and ultimately success to the most important long-term challenge of our time, global warming.” 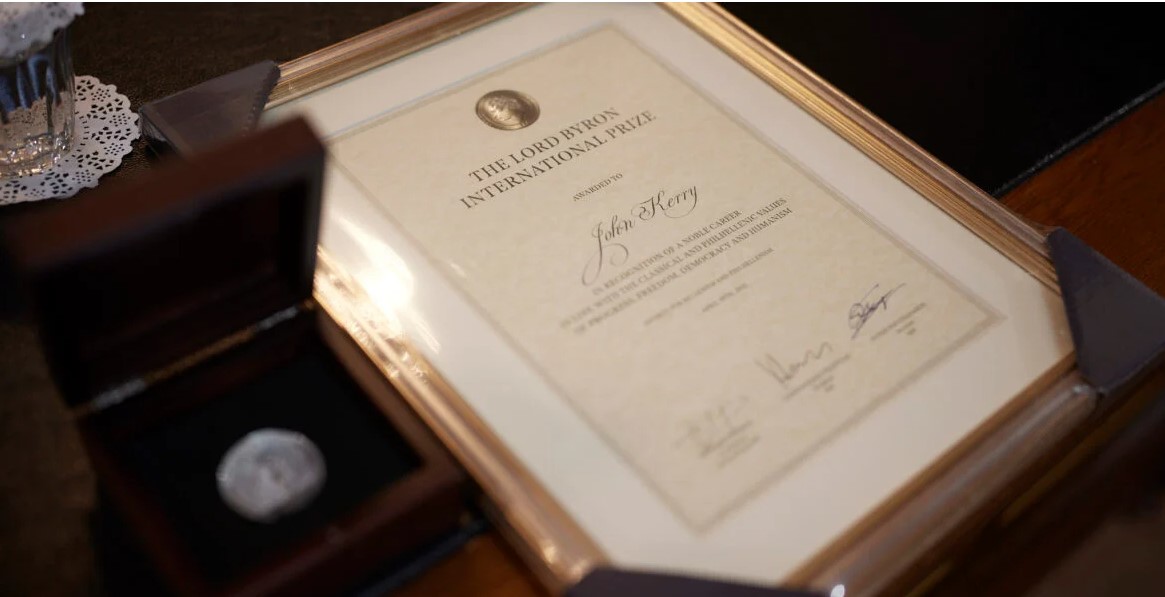 Kerry served as the US Secretary of State from 2013 to 2017 under President Barack Obama. He is also a former US Senator from Massachusetts. Most recently, Kerry was appointed in January as the US Special Presidential Envoy for Climate by President Joe Biden. He is a descendant of Thomas Winthrop, who served as Chairman of the Philhellenic Committee of Boston during the Greek War of Independence.

Lang is a French politician who has held many important roles over the span of his long career. A member of the Socialist Party, he served two terms as Minister of Culture, from 1981 to 1986, and then from 1988 to 1993. He was also appointed Minister of National Education from 1992 to 1993 and again from 2000 to 2002. He has had contact with many leading Greek figures over his time in office, most notably with the former President, Karolos Papoulias, in 2012.

Pictet is a Swiss businessman who was a Senior Partner at Pictet Bank for almost ten years until 2005. He is a descendant of the Pictet de Rochemont family, which has a strong history of philhellenism, having supported Kapodistrias and the philhellenic movement in Switzerland. He is a very deserving recipient of the award, as he has also personally dedicated much of his life to restoring the historic windmills of Patmos Island.