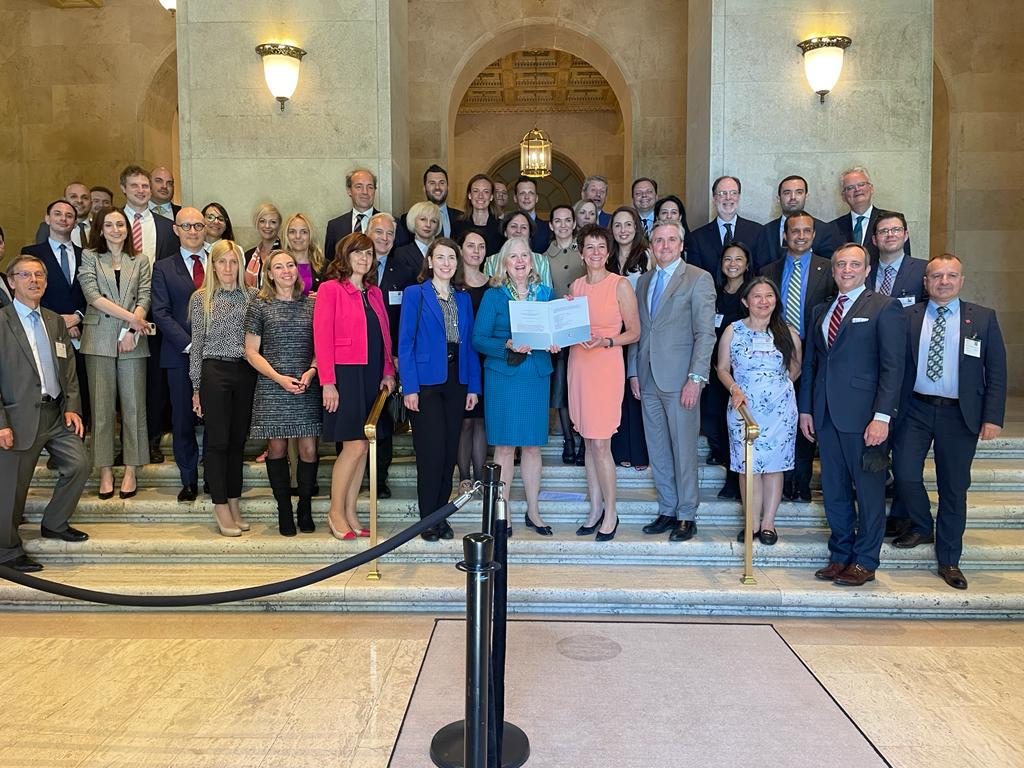 AmCham Greece is proud to be a part of the EmpowerHer initiative, aimed to empower women in trade on both sides of the Atlantic.

On May 10, 2022, International Trade Administration Deputy Under Secretary Diane Farrell met with a delegation of the American Chambers of Commerce in Europe to share updates on the Administration’s trade priorities and to launch EmpowerHer, a collaborative initiative between ITA, American Chamber of Commerce to the European Union (AmCham EU), and AmChams in Europe aimed to empower women in trade on both sides of the Atlantic.

President Biden has made gender equity and equality a central issue of his administration. The October 2021 release of the first ever National Gender Strategy to advance the empowerment of women and girls attests to the commitment of the administration and the high impact and engagement that can be expected for initiatives that support the strategy. The first strategic priority listed in the national strategy is to “improve economic security and accelerate economic growth”.

This is an area in which the U.S. Commercial Service and the American Chamber of Commerce to the European Union (AmCham EU) and the AmChams in Europe (ACE) have a direct role and a unique platform to advance the goals of gender equality and women’s empowerment through trade and economic development. The U.S. Commercial Service (CS) and the AmChams around the world partner to bring together the public and private sector and facilitate free and fair trade to build prosperity for the United States and our host nations. Understanding that the advancement of women is of vital importance to maximizing
economic opportunity and growth, both the CS and the AmCham EU are seeking ways to reinforce the message of equity and to impact the speed and breadth of attaining the goal of gender equality in the economic sphere.